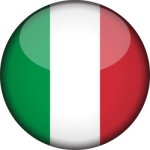 Not only is Italy the birthplace of the Roman Empire, Giuseppe Garibaldi, and the Rennaisance, but also home to one of the best and most organized gambling environment. Besides its rich cultural history, Italy is one of those places where almost all forms of gambling operate in a free or rather liberalized environment. It’s argued that one out of four Italians gamble on a weekly basis regardless of their gender, age or economic background with lotteries and betting perceived as a hobby. Bel Paese comes in as an apt example of how betting on sports is to be regulated with the country’s ADM firmly grasping the local market by shielding Italian gamblers while fairly dealing with operators in Italy.

Are you aware that?

On a closer look, the Italian betting scene somewhat resembles the licensing system currently in operation within Denmark and the United Kingdom. This is due to the availability of an open licensing Authority known as Agenzia delle Dogane e dei Monopoli, a huge number of license holders, and recent a recent populist clamor that arose due to alleged problems in gambling. On grounds of regulation, online providers are required to pay a lone fee of €350,000 along with 22% from their gross gaming earning to get a valid nine-year license and also operate under a .it domain. One of the most demanding requirements is that an operator has to have some physical presence either within the European Union or any other member state of the European Economic Area. Without such obtaining a license is hard. As it now stands, Snai, Bet365, and Planetwin365 dominate the Italian market though Lottomatica, Eurobet, and Betaland are fast gaining ground.

When it comes to freedom of choice, Italian bettors are among the lucky ones as there are plenty of betting sites in place coupled with no tax on winnings. Betting appears to an everyday activity for the country’s local operators such as Snai, Sisal, Lottomatica and foreign-based platforms such as Betrebels, 10Bet, and 1xbet Italia. Even though the current rules and regulations state that betting on non-aams bookmakers is illegal and can amount to heavy fines, there have been no cases of arrests or prosecution since 2006 when the first gambling law was drafted.

The state of competition among operators

Competition is fierce between foreign, local, and unlicensed operators who are trying their best to control a large share of the Italian betting market. This move has compelled some operators to apply aggressive marketing campaigns such as offering huge odds, plenty of bonuses, securing soccer club sponsorships and some prime time on significant Serie A games TV streams. In 2017, Serie A – 1xbet sponsorship deal was perceived as a serious action from the government following its move to regulate gambling when it became evident that 1xbet had not obtained an operating license from AAMS. These made the Italian government to step in and assert that gambling advertisements will be illegal come January 1st, 2019.

This move is expected to cost close to €120 million in terms of club sponsorships across the country. Still, a second round of tough rules was declared against unlicensed betting sites, with the ADM attempting to limit their Italian presence.

Despite what appears to be tough rules on non-AAMS bookmakers, still, there are plenty of bookmakers that are trustworthy and reliable. ADM asserts that some of them aren’t registered within EU and therefore not permissible to hold an Italian license. This implies that non AAMS bookmakers such as Betrally Italia, Betrebels, Campeonbet and 1xbet can be fully trusted.

Italian bettors are among the luckiest ones as they are free to choose any payment option they find convenient to make a deposit on a foreign and online licensed sportsbook. PostePay remains to be a common method of deposit alongside Neteller, Skrill, and bank transfers. Plenty of bookies in Italy will encourage you to make your deposits through desktops and mobile but there are some restrictions on other payment options such as MyBank whose verification is a bit strict. On grounds of cryptocurrencies, plenty of bookies in Italy don’t offer this option based on its strikingly low demand from bettors. If you intend to keep your financial matters private by using Bitcoin or any other forms of digital currency, you are better off trying foreign operators that accept them.

I somehow harbor hazy feelings regarding how Italy regulates its online gambling. While the liberal approach on the country’s licensees and low tax rates seem to be favoring players, on the other hand though, the recent populist clamor to crack down on the country’s betting sites are bound to harm operators and consumers alike. If indeed the ADM has the interest of bettors at heart, then they have to try their best and ensure that the existing license holders make an improvement on their products and protect underage persons as opposed to defaming non-European bookmakers. According to me, a majority of punters will slowly but surely resort to non-AAMS for two reasons:

Non-government interference on players’ bank balance. There have been plenty of cases where MEF has confiscated player winnings from certain bank accounts as a debt settling move in a unilateral agreement. In other words, the government is compelling players to resort to licensed bookies and do away with non-AAMS sites.