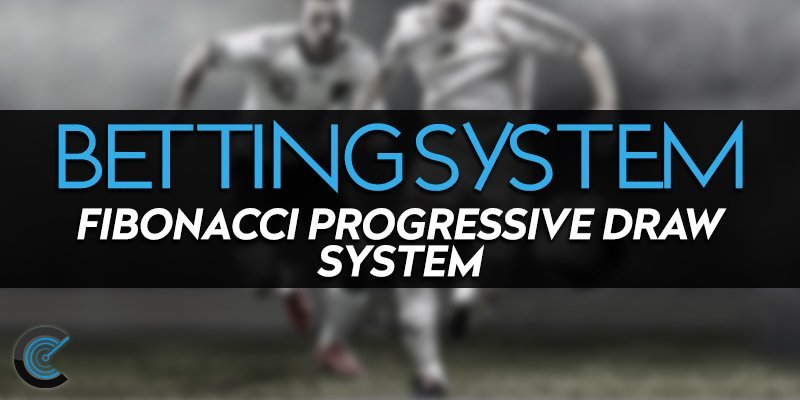 Fibonacci has its roots back 200BC where it is said to have been first discovered by Sanskrit Indians in their mathematics. Later in 1202, the concept was popularized by Leonardo Pisano in his book “Liber Abaci” meaning the book of Calculation. The concept gained momentum and was named after Leonardo Pisano who was then referred to as Fibonacci. Besides being a mathematical formula, Fibonacci applies in other spheres of life such as nature and reproduction. For instance, rabbits multiply in Fibonacci sequence, tree branches adopt the Fibonacci pattern, and flower petals also adopt the Fibonacci sequence.  Stock analysts use the system to speculate stock prices and now the concept has become a bookmaker killer strategy used by bettors. So how does it work?

From the look, the Fibonacci system is a negative progression betting system implying that your stake increases every time you lose a bet. So for instance, if you were to bet on a sports event and you start with a stake of £1, if you lost then Fibonacci system demands you stake £2 as your next bet. You will continue betting using that series till you win which is assumed you will have recouped your losses and made some profit.

Fragiskos Archontakis and Evan Osborne published in 2007 a Fibonacci betting strategy for football betting. In their works, the two customized the Fibonacci system to best work on football required players to bet on draw since this is the outcome that is hard for most bookies to predict. The proponents also required players to bet on a draw on games whose odds were above 2.618.

Using the set of rules suggested by the two and you to simulate on the English premier league on the 2011/12 season you will realise there were 93 draws out of the 380 games played. This represents a 24.5% of the games ended in a draw. Surprisingly, the odds for the 93 games were above the 2.618 odd threshold. Theoretically, a player betting using the Fibonacci system would land on a win after every four games. This means that the player would have bet a gross total of £7 before landing a win, assuming that the fourth game always ends in a draw. Assuming that the average odd for the draw result for the 93 matches was 4.203, with a stake of £3 the player would win £12.61. Deducting the loss of £7, it then implies that the player would make a profit of £ 5.61. When you simulate this situation over the 380 games, it results to a profit of £1786.7 from a stake of £1.

Advantages and Disadvantages of the Fibonacci Betting System

The Fibonacci system just like any other betting/speculation system has its ups and flaws. To achieve optimal results and to avoid extremes on either side its best to know what you want to accomplish with the system, your bankroll size and your discipline in following the Fibonacci rules.

Limitation of the Fibonacci system

The Fibonacci system has an inherent weakness that makes it unreliable for making money in real-world situation. Taking the example of the English premier league, many games have the same kick-off time meaning the game will be running concurrently. This makes it hard to increase your stake when a team losses. This means that gamblers will be forced to bet on individual teams.

Another limitation is that this system assumes that a draw result will present itself soon before a player bankroll is exhausted. Taking the example of Manchester United during the 2008/09 season, a bettor would have lost 20 times before getting the first win which means that on the 21 game which led to a draw the bettor would have to bet £10,946 which is way too much for many bettors. The amount of £10,946 plus what the player had initially lost mean that player bankroll would have been down by £28,656. The 21st game which drew which was between Manchester United and Arsenal had an odd of 4.10 implying the bettor would have won £44,878.60, resulting in a profit of £16.222.60. Assuming this scenario, not all sportsbook will allow a player to wager on such a big amount.

Advantages of the Fibonacci Betting System

The Fibonacci system is a conservative form of the martingale betting system which always works in adverse of players most times. Ability to cut short your losses is a respectable maxim in any field of investment where there risk and speculation is involved. Unfortunately, Fibonacci goes against this principle. On paper, the Fibonacci betting system seems profitable, but in practice, there are many constraints of achieving profitability as described above.

Claim your bet365
Fibonacci has its roots back 200BC where it is said to have been first discovered by Sanskrit Indians in their mathematics. Later in 1202, the concept was popularized by Leonardo Bet Now